Why 2011 May Be the End of the Housing Crash

There might finally be some good news this year about the nation’s dismal housing market. Or, at least, the bad news could stop.

Either way, it will be welcome relief for current homeowners as well as for potential real-estate investors. Reasons to be optimistic have been sadly lacking since the housing bubble burst in 2006. 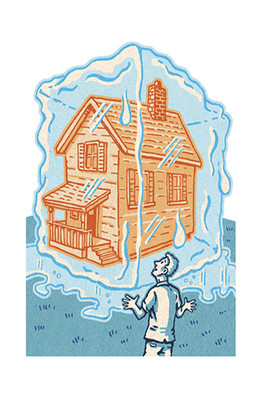 But that figure belies real reasons to be optimistic, according to some experts. If they are right, it might make sense to jump into real estate. The trick is avoiding getting burned again, and it doesn’t necessarily mean owning a home.

First, let’s recap the economic signs a bottom is close.

Houses Are a Good Deal

Housing is the most affordable it has been in decades, according to analysts at Moody’s Analytics. They don’t just look at house prices. They also look at incomes.

Nationally, the cost of a house is the equivalent of about 19 months of total pay for an average family, the lowest level in 35 years. Prices usually average close to two years’ pay, although that varies nationally.

At the peak, midway through the last decade, a home in Los Angeles cost the equivalent of 4.5 years’ pay. The average price has since fallen to just over two years’ income now. That’s well below its pre-bubble average of 2.6 years. This means average Los Angeles homes are cheaper in “real terms” than they were typically during the period 1989 through 2003.

The opposite is true around the Washington beltway, where it will take 26 months of pay to buy a home, versus the historical norm of 22 months. 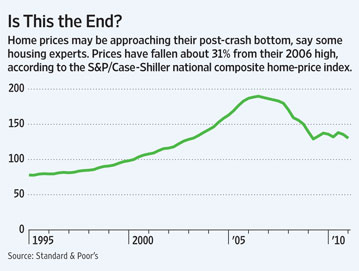 In the end, it will be affordability that will drive people to buy homes.

“Pricing is down so much in